In this post, Laura will share her top 5 Colombian food dishes you must try when you’re in the Medellin. She also gives recommendations on where to try each of them.

One of the funnest parts of traveling, at least for me, is food.

No matter where I go, I love to taste my way through all of the different flavors of the local specialties and also learn about the traditions behind each one.

Food is so much more than just nourishment; it reveals so much about the history and culture of a country and its people. And often it’s not only about the dish itself, but also how, where, or when it is typically eaten.

Let’s be honest, Medellín, or Colombia in general,  is not necessarily known for its gastronomy (I mean, how many Colombian restaurants have you come across in other countries).

But that doesn’t mean you can’t still find some tasty dishes. I have chosen five traditional Colombian dishes, which I would recommend you try during your visit in Medellín. They are in decreasing order of preference, ending with my favorite.

This is a very typical Colombian dish, especially here in the Andes, where Medellin is located. It is basically a tripe soup, with potato, pork and spices.

If intestines are not your thing or you are a picky eater when it comes to texture, skip to the next dish. It’s one of those love-or-hate dish and even locals are divided.

But there are many who love it and I’ve even met a lot of foreigners who like it as well. In any case, I have to admit that this isn’t for everyone (including myself), but I do believe that everyone should give it a try and form your own opinion.

If you decide to try it, here’s a key instruction. You’ll notice it comes with a side of rice, avocado and banana (yes, banana, not plantain!). These are not actually a side – what you do is mix it all into the soup.

Might sound strange, but if you want to have the full local experience, this is the way to do it.

As for where to try it, simple! There is absolutely no doubt that you should try this at a restaurant that is called Mondongo’s. It’s been arround since 1976, so they know what they are doing.

There are several in Medellin, including in Poblado on Calle 10 and in Laureles on “la 70”.

This traditional Colombian dish, which some argue is originally from the province of Tolima, can be loosely translated to stuffed roasted pork. What makes it special, besides its greasy deliciousness, is its presentation.

Because when I say pork, I actually mean the whole pig, well piglet. Basically, the pig is cut open, hollowed out, the meat is cut up and mixed with peas, rice and spices to make a stuffing and then the pig is sewn closed and roasted slowly, usually in a large oven.

It is especially popular for large family events, as it feeds many and is easy to share, not to mention its “festive” presentation. If you would like to try it, don’t worry – you don’t have to buy a whole pig.

There are restaurants that sell this colombian food by the portion. Make sure to try the crispy skin. It might not be the healthiest thing around, but it sure is tasty!

The name of the restaurant I recommend for this dish is Doña Lechona (again, quite easy to remember!). It has also been around for more than 30 years.

It is located in Laureles, close to “La 70” and to the “Primer Parque”, where there are a lot of other restaurants and bars.

If you have travelled around Latin America, you will most definitely have heard of, and most likely tried, Tamales. Each country/region has a different versions of this dish.

In Colombia alone, there are around 7 different types. The most common type, at least in Medellin, is made of seasoned corn dough filled with different vegetables and meat (chicken, pork, beef or even all three).

Once again, the presentation is key. All of this is wrapped in a big leaf, tied closed to form a parcel and then steamed/boiled. This is not only eco-friendly and practical for takeaway, but also adds an essential touch of flavor.

My favorite place for Tamales is called Tamales Exquisitos, and you probably won’t be surprise to know: They have been around for decades! They have two locations, one by Oviedo shopping mall in Poblado and another in Envigado. I usually get them to takeaway, but they also have a few tables in case you want to eat in.

This is the mother of all local dishes of this region. The name says it all. Bandeja means tray and Paisa refers to the cultural region of which Medellin is the capital.

Paisas, being as proud as they are, even claim it to be the queen of all Colombian Food! Although I like it, I don’t know whether I would go that far.

And it’s as big as it sounds. So, if you plan on trying it, either make sure you’re very hungry or split it with someone.

You might need to go on an intense detox afterward, but unless you’re vegetarian/vegan or suffer from heart disease, I would definitely say you should try it at least once during your stay.

My favorite place to eat Bandeja Paisa is called El Rancherito. They have several restaurants, including one very close to the main airport (click here to see how to go between Medellin and the Airport), but the easiest to get to is inside of “Mercado del Rio” close to the Modern Art Museum (MAMM).

And this brings me to my favorite dish! Sancocho is basically a soup. There are different types and what changes is the protein.

The other ingredients are generally always the same: potato, sweet corn on the cob, yuca (manioc), plantain, fresh coriander and a side of rice, avocado and salad.

This is comfort food in its best form. And not quite as heavy as most of the other options on traditional local menus. However, be warned that portions still tend to be quite big, so if you’re not very hungry or are not a big eater, make sure to share with someone.

For beef/chicken sancocho, my favorite place is a place called El Viejo John in Sabaneta. It appears on Google as Old John (no joke!). For fish sancocho, I recommend going to Minorista market to a place called La Esquina de la Ricura.

The restaurant is very basic (let’s just say, it’s not the place you would go for a romantic date), but the food is the real deal; make sure to order «Sancocho de Bagre».

So, there they are! My top 5 favorite traditional Colombian food dishes. I’d like to apologize to all vegetarians/vegans at this point, although I doubt they would have read up to this point.

Although Colombia is extremely biodiverse when it comes to fruits and vegetables, the cuisine is very meat-heavy.

But for anyone looking for a vegan-friendly vitamin boost, check out our Exotic Fruits Tour! Or if you’re looking for something with a few more calories and don’t have any food restrictions, join us on our Local Food Tour. ¡Buen Provecho! 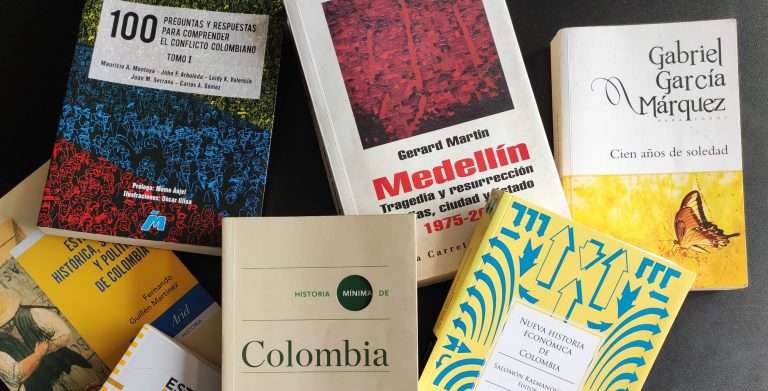