Salsa is my favorite type of music, my favorite radio station is LatinaStereo from Medellin, playing salsa 24/7. Today I want to share my top 5 Colombian salsa bands and not only that, this is the link to a playlist with a selection of their songs and other Colombian salsa artists.

You can play it in the background while you plan your trip through Colombia, or simply to practice your Spanish, or even to learn how to dance! (Check out the video at the end of the post)

From the bottom to the top, here we go!

This artist might not be very well known by most Colombians as he does not make part of the main-stream salsa that we listen to in Colombia. However, Joe Madrid was one of the most talented piano players in Colombian Salsa. He even played with Tito Puente in NYC back in the 70’s when the salsa movement was reaching its climax. Although it’s a type of salsa that is hard to keep listening to for a long time, it is definitely that type of salsa that explodes with energy and livens you up: Salsa dura! I recommend the following songs: Llegó la Salsa, Siempre Pa’lante, Ariñañara.

If you ask Colombians which is voice that they immediately connect with salsa, the answer most likely would be Joe Arroyo, simply known as El Joe. His voice is absolutely unique and he is the artist behind one of the songs that must be played at least twice at every salsa party in this country: La Rebelión. It’s a song about an African couple brought as slaves in the 1600 to Cartagena. It talks about how the master beats the slave and then her husband rebels against him. It’s interesting how salsa has the power to take such a sad topic and wrap it up in such an upbeat, catchy rhythm.

Whenever I feel like listening to romantic music (it doesn’t happy very often) the first Colombian salsa band that comes to my mind is Grupo Niche from Cali. They have also been around for very long time (late 70’s). They have had many singers and members but for Colombians, Grupo Niche equates to Jairo Varela, the founder and director of this legendary band. In Cali there is even a monument dedicated to him and to his legacy. I particularly recommend a song called Sin Sentimiento. It is a song that starts slow, the first two minutes are like a foreplay for what follows. It is worth knowing the lyrics and letting the music take you through its narrative. This band is also behind one of the anthems of Colombian salsa: Cali Pachangero, another must on a playlist for a Colombian party.

It would be unfair not to include Mr. Julio Ernesto Estrada, better known in Colombia as Fruko. He is basically the incarnation of Colombian salsa. He’s been around for a very long time – playing, composing and directing since the 60’s and still active now (2020). He was the first Colombian to ever play in Madison Square Garden in NYC and one of his songs is simply a must at every Colombian party: El Preso. It is about the hard times of an inmate in prison. There is another song I highly recommend called Los Charcos, which is about a beautiful girl wearing a beautiful dress showing off her beauty. Suddenly there is a big storm and … well, you’ll see what happens next.

During the 90’s, Colombian salsa started shifting (too much for my taste) towards romantic salsa. A downgrade of salsa in my opinion, however, back in the early 00’s the resurrection happened in the least expected place: Bogota! Don’t get me wrong, nothing against our lovely capital city, just when you say Colombian salsa you think about Cali, Medellin, Barranquilla. Orquesta La 33 released their first album in 2004 and ever since it has brought pleasure to our ears. More than recommending songs, I’d like to recommend entire albums: La 33, Gózalo and Ten Cuidado. Absolutely amazing!

That’s my top 5 of Colombian salsa bands! However, there are of course plenty more and also some songs that are essentials on any local salsa playlist. So, as a bonus track, I invite you to take a look at the following bands/songs:

Finally, if you want to learn the basic steps to dance salsa, check out this video made by Milo, one of our guides! 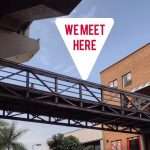 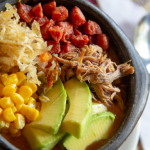 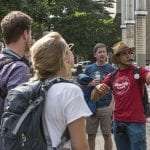 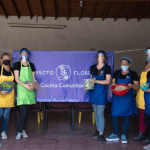 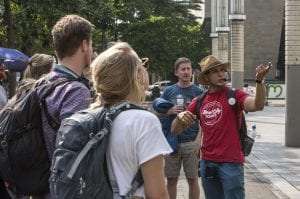