Proyecto Florecer in Medellín, an organization empowering women for good

Colombia has come a long way from its violent past. However, the country is still in the early stages of recovery and is grappling with ways to build a fair and balanced society. In the 50-year civil conflict, 49.7 percent of the eight million victims were women. And while Colombia ranks third for gender equality in Latin America, only in 2015 a law was enacted to impose tougher punishments on those who commit femicide.

In terms of work, female unemployment rates stand at 13.2 percent compared to 7.6 percent for men, with women 1.7 times more likely to be unemployed than their male counterparts. Women are also less present in politics: in the 2019 vote, a mere 12.01 percent of elected mayors were women, and only two female governors were elected into power out of a total of 32.

Now, in light of the COVID-19 pandemic, women are facing even greater hardship – reports of abuse have increased and women’s poverty has worsened by 3.3 percent because of the shutdowns. Both women who were vulnerable before the crisis struck, and those who had progressed into a sense of stability are having to cope with the sudden setback. More than ever, education is being turned to as a way to support women and equip them with the skills to thrive on a long-term basis.

In the country’s second-biggest city of Medellín, Proyecto Florecer is a not-for-profit organization championing the women of the future. Hosting workshops that empower young women to be confident, socially-conscious leaders, founders Mar Rosati, Erin Colton-Enberg and Sheridan Bibo aim to break the cycles of poverty, under-employment, and gender discrimination in Colombia. Here’s their story, as told by Erin and Sheridan:

What made you want to launch Proyecto Florecer?

Erin: Teaching English is often the starting point for foreigners who want to move abroad. This was the beginning of my story when I moved to Medellín in 2015 to teach for the Ministry of Education of Colombia. From the first day I stepped into the classroom, I fell in love with teaching and with Colombia. Aside from my daily responsibilities teaching English, I became a mentor and a supervisor for an Environmental Club started by my 9th grade student, Camila. The idea for this project was really inspired by my first three years in the Public-School system in Medellín. During this time, I saw many of my female students fall into cycles of early pregnancy, drug abuse, and abusive relationships as they navigated the challenges of their adolescence. I also realized the lack of support for these young women most notably in the areas of leadership, as well as a lack of opportunities for extracurricular activities.

As part of my own personal development, I was also part of a women’s group in Medellín, a mix of women from around the world who came together for an hour and a half once a week. Together we shared our struggles, celebrated our accomplishments and explored the deeper parts of our identities. I realized how critical it was for young women to have positive role models who are not a family member, friend or boyfriend, nor a therapist, and I then decided to begin forming the idea of Proyecto Florecer.

Proyecto Florecer combines community building with education and humanitarian service to develop a network of positive-minded, action-oriented women dedicated to improving outcomes in their neighborhood.

Sheridan: Personally, I had been living in Colombia for about 6 years when Erin and I first started talking about Proyecto Florecer. Having lived and volunteered in Colombia since my arrival, I had been impacted by the poverty and lack of education on leadership or resources for empowerment within the communities. I began to look for foundations to volunteer in and had a very difficult time finding something that addressed these problems from a young age or within the family. At this same time, I had been participating in women’s circles, doing my women work to become more empowered and a stronger leader and I really felt an urge to create something that would empower women, educate them and, most importantly, provide an option for younger populations.

When Erin shared her vision with me, I knew it was aligned with my own and that it was something that we had to work on together to create.

There has never been a time where this work was more important. As we face limitations on movement, education and community building, we must make sure that communities and individuals are able to find tools that will help them build resilience. Colombia may be falling back into poverty that hasn’t been seen since the 1990’s, while at the same time the international economy is expanding as it becomes a hot spot for international call centers and creative economy, known as the ‘orange economy’.

In Colombia, many steps towards women’s empowerment have been made, but there is still so much divide and inequality. The same can be said about the levels of employment, violence and poverty.

Now is the time to give all members of Colombia the tools to help them live through this difficult time period, not just surviving but flourishing.

Why is the work Proyecto Florecer is doing so important now?

Erin: Working in education I quickly realized that there was very little discussion, education or resources available for young women on the subjects of leadership and empowerment. When Proyecto Florecer began at the end of 2019, we were focusing on giving a series of workshops for girls between the ages of 11-18 in Prado Centro. Inspired by my own experience as a teenage girl, my days in the classroom, as well as my work in my women’s group, we created a curriculum around the themes of identity, interpersonal relationships, self-care and planning for the future.

Our goal since we started has always been to challenge the status quo, enable young women to reach their potential, build positive communities of support, and understand their own capacity to be agents of change. With the arrival of Coronavirus in Colombia our focus has shifted from providing in-person workshops due to country-wide restrictions to focusing on more pressing issues: food scarcity and unemployment.

Our work supporting women of all ages is more important than ever as we enter the fifth month of quarantine in Colombia, which has had a devastating impact especially on those who work in the informal job sector. With skyrocketing unemployment, we are searching for ways to support single mothers and their families with food once a month, while also creating a long-term sustainable model for community building, education and humanitarian service. Through starting a community kitchen, our goal is to provide a space for women to come together once a week where they can not only serve their community, but also gain the skills and confidence to become leaders.

Why did you choose Colombia for the focus?

Erin: At Proyecto Florecer, we aim to create a model that can be replicated in communities across the world and tailored to the needs of the young women depending on their circumstances. Colombia has been my home for the past five years and because of my knowledge of the community and its needs, we established ourselves in Medellín.

What has struck you most personally while building Proyecto Florecer?

As a whole, the way that Proyecto Florecer has navigated and adapted to the unforeseen circumstances of this year has been one of the most inspiring and memorable moments. After almost throwing in the towel in March and putting a pause on the project, we took a week and regathered ourselves and are now full steam ahead focusing on new initiatives with the same goal in mind. The possibilities of this project are endless and it is because of the support of the team, our community and volunteers that it is possible.

Sheridan: The smiles of the girls at the end of the workshop. I can picture one girl who was just so nervous and clearly struggling when she entered. By the end, she had a new friend, she had shared some really important things and I could see her confidence growing in just those two short hours.

I also think about the feedback we have received from the workshops in the sheets Erin describes and the one that sticks out for me is: “After this workshop I realized that I am capable of doing challenging things.”

Another highlight is a recent conversation I had on the phone with one of the mothers who receive groceries from us. She told me how worried she was about her children, how tense the household was and how she wasn’t sure how to buy clothes or food for them all, and how this kept them fighting. When I asked her how she felt to receive the groceries her voice lit up and she told me how much it had changed the entire household and how she is now able to sleep at night.

What have been the biggest obstacles along the way?

Erin: Aside from the pandemic and changing the direction of the project, one of our biggest challenges has been getting long-term sustainable funding for the project. We have relied heavily on donations from our community near and far, but we are looking for the best option to create something to sustain us long term rather than month to month.

What’s something people don’t realize about running a not-for-profit business?

Erin: Building relationships is everything when working a not-for-profit business. From working with the board to volunteer management to fundraising, who you know, how you manage your relationships, and how you treat others are just as important as the actual work that we do. Ultimately, it is the collaborative relationships we have developed that have opened doors to new contacts, conversations and opportunities for Proyecto Florecer.

Sheridan: That a very small percentage of the work is the ‘fun’ hands-on work. Most of our time goes towards relationship building, speaking to the community, analyzing their responses to the questions we ask, building curriculum, and dealing with logistics.

How can people get involved with Proyecto Florecer?

Erin: Even from home there are ways to get involved with what we are doing at Proyecto Florecer. From content writers, to social media management, to curriculum development we are always looking for people to get involved and collaborate. 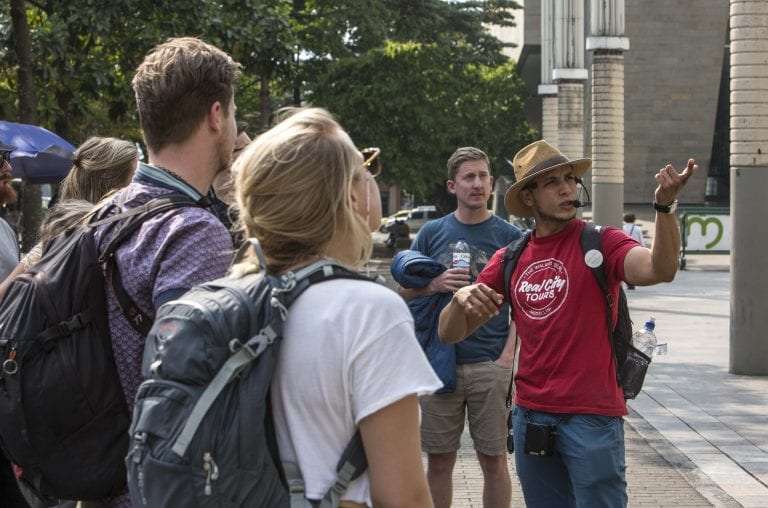 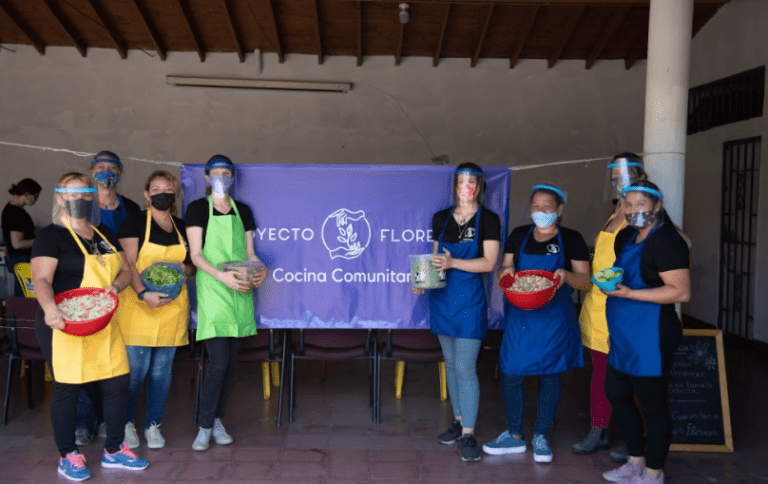